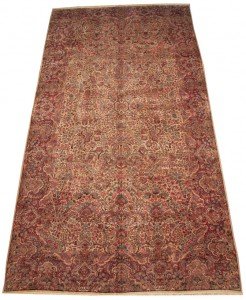 This very motif brought a new wave in Kerman styling: A pattern which would continue to be replicated by Oriental rug weavers in later years of the 20th century, and even turn into being one of Karastan’s (a power loom rug manufacturer) most popular selling designs in their 700 series Kirman for decades after this rug was woven.

For those who want beauty, authenticity, and the root masterpiece of a coveted original; this carpet is the cornerstone in the beginning of a timeless era.